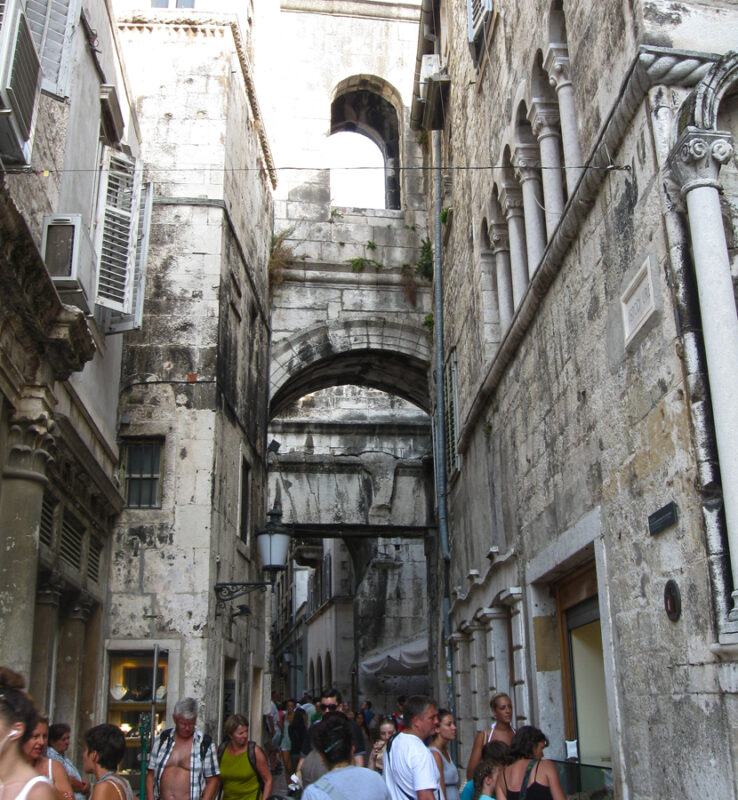 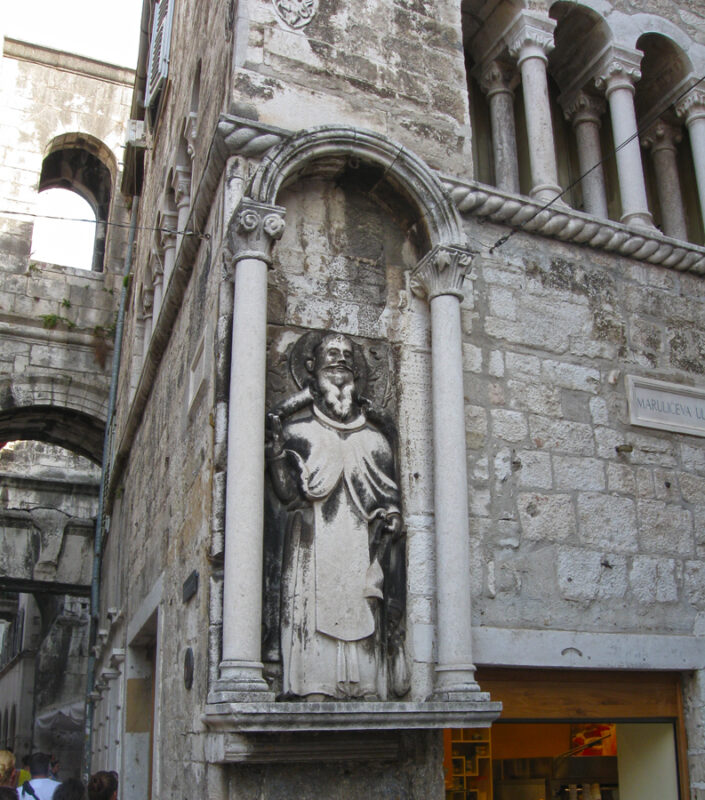 The Iron Gates are the original western gates of the ancient palace of Emperor Diocletian. They are the only of the three land-locked gates that have remained open throughout its seventeenth century-long history, which is reflected in their medieval name, porta franca, literally ‘the Open Gates’. After the expansion of the city of Split towards the west in the High Middle Ages, the Iron Gates lost their original defensive purpose becoming essentially a vaulted passageway that connected the old city core around the Peristyle Square with the new medieval city built around the Pjaca Square.

On the facade of the Iron Gates, traces of wins of the Roman goddess of victory, Nike, can still be seen, hidding behind a Christian cross that was carved over the relief sometime during the early Middle Ages.

In the eleventh century, a picturesque early Romanesque bell tower, one of the oldest surviving bell towers in the country, was added on top of a chapel built in the original guard corridors of the inner section of the Iron Gates.

Later on, in the Middle Ages, once the Iron Gates lost their original purpose, their inner courtyard, known as the propugnaculum, was transformed into a public courthouse, according to the customs of the communal law. 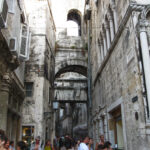