The local currency of Croatia is the Croatian kuna (Croatian: Hrvatska kuna), which is subdivided into 100 lipa. When listed as a price in the local shops, kuna is abbreviated as kn, while in the exchange offices and banks kuna usually appears under the code HRK. Kuna is of relatively low value compared to the major currencies of the world, and as of May 2021, 1 Croatian kuna was worth around 0.13 euros, 0.16 US dollars, or 0.12 British pounds. Conversely, 1 euro was worth around 7, 55 HRK,  1 US dollar equaled 6,24 HRK,  and 1 British pound corresponded to 8,68 HRK. 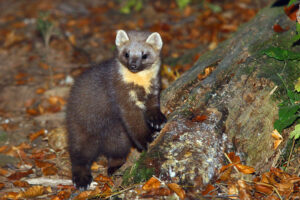 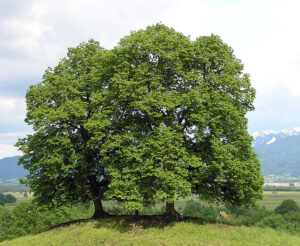 The term kuna denoting Croatian currency originates from the Croatian word for a marten, whose pelts were historically used both as a form of tax-paying and as a trading commodity in the marketplaces of medieval Croatia (though not in Dalmatia). The word lipa, denoting the smaller value coins equivalent to the cent, stands for the linden tree, a botanic species traditionally thought to have a special place in the ancient mythologies of the ancient Slavs. The same word also gives its name to the Croatian term for June – lipanj – a month when the linden tree blossoms. Lipas are of very low value, and many locals do not bother about them, particularly anything bellow 50 lipa.

Kuna was introduced as a currency of Croatia in May 1994, as a replacement for the short-lived Croatian dinar introduced following the declaration of Croatian independence from Yugoslavia in December 1991. 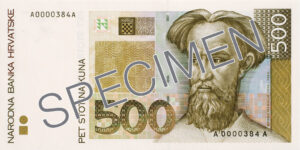 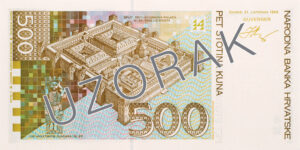 The Croatian currency is currently available in the form of bank notes and in coins. The banknotes are printed in denominations of 10, 20, 50, 100, 200, 500 and 1000 kuna. The obverses of the banknotes are designed to depict portraits of historically important individuals, mostly politicians and a few writers, while the reverses feature architectural landmarks and historical artefacts of Croatia’s largest cities. The city of Split is featured on the 500 kuna banknote where the portrait of the renaissance writer and thinker Marko Marulić (Marcus Marulus Spalatensis), whose statute stands on the Fruit Square (Voćni trg), is depicted on the obverse, while the reverse contains a rendering of the Diocletian’s palace paired together with the eleventh-century motif of the so-called Croatian ruler from the Baptistery of St John.

The circulating coins can usually be found in the denominations of 1, 2, and 5 kuna; and 5, 10, 20 and 50 lipa. Though coins denoting 1 and 2 lipa, and 25 kuna also exist, they are very rarely found in the day-to-day circulation, with the latter being a collector’s item commemorating various historically important anniversaries and events.

Ever since Croatia became a member state of the European Union in 2013, Croatian governments have consistently stated their desire to adopt the Euro in foreseeable future. Since business have to conduct their accounting and balancing in local currency, Euro is generally not accepted in most local business. However, some places will, predominately tourist-oriented ones, accept Euroes, but they will usually do so at a premium rate. This is why it is recommended that you exchange your local currency into the Croatian kuna before conducting any transactions.

To check the approximate value that you can get for your currency in Split, it is best to first consult the official currency exchange rate of the Croatian National Bank (Croatian: Hrvatska narodna banka). Their list changes on a daily basis reflecting all the fluctuations in the currency market and it will give you an idea of what exchange rates to look for. You can access their list here.

In recent years, there has been a negative trend in the money exchanging industry, whereby shops specialized in these kinds of endeavors in the Old Town offer increasingly more unfavorable exchange rates, so make sure to double check what you are getting before making the deal. A good way to avoid the risk of being shortchanged in the money exchanging is to go to the offices of a local bank and exchange your currency there.

Generally paying with a debit or credit card is a bit of a mixed experience. Although most, if not all, supermarkets, shops and pharmacies accept payment by card, the situation is less straightforward when dealing with restaurants, bars and cafés. Generally restaurants in Split are more likely to accept credit cards, but bars and cafés are less inclined to do so.

If you are planning on travelling to the islands, you should mind that it is even less likely that you will find businesses there that accept debit or credit cards. Hence it is advisable that you always have a bit of cash at hand, preferably in the local currency as to avoid potential problems,

Generally, we recommend that you use your card at places that accept them, and your cash in places that don’t.

Tipping in Croatia isn’t obligatory, though it has grown to be expected in recent years. The majority of places will not have a ‘tip included’ portion in the bill, so you will be left to tip at your own discretion.

Unlike some countries, like the US, the service staff like the waiters, for example, are not kept on minimum wage, hence tipping is a bonus not a necessity.

Since restaurants are the establishments that deal with tourists the most, service there has gone to expect the highest tips. We recommend that you tip according to the service you received and that you do not hesitate to not tip at all if you find the service dreadful. Typically, any tip is appreciated, though the 10 percent tip is always most welcomed.

In bars and cafes tipping culture is a bit different, and it usually consists of rounding off the bill to the nearest ’round number’, for example a 27 kuna bill will usually be rounded off to 30 kn, etc.