People looking to move beyond the Old Town to the more modern areas of Split will find themselves with few available options. Apart from using your car or rental or taxis and ridesharing services, travelers are able to use Split’s meagre network of bus lines.

Currently two bus companies operate within and outside of the confines of the municipality of Split: the public company Promet Split (with its largely neon yellow fleet) and the smaller private company Dalmatinac (white fleet). Since the latter is mostly operating the line connecting Split and the nearby town of Omiš, we will use this section to discuss the bus network of Promet, Split’s main transit authority.

In 2019, after years of criticism, Promet had finally modernized their fleet of city buses, increasing the overall riding experience for their passengers significantly. Unfortunately, these modernizing efforts are still lacking from all the other aspects of their business which makes bus-usage less inviting to foreigners to the country. For example, the frequency of bus departures on individual lines is still far away from the standard of Europe’s larger cities, as major lines still depart only every twenty to thirty minutes–making, which makes it hard to move around the city efficiently. Since the buses and the stations are lacking any kind of real-time tracking systems, long waiting times are almost guaranteed. Finally,  most bus stations within the city are unlabeled and as there is no PA system onboard the buses, first-time visitors are guaranteed to struggle grasping at which bus station they should get off.

Still, Promet’s lines within the city limits are mostly well covered and almost all lines either terminate or pass by the Old Town, particularly the Pazar Station, which makes buses a relatively convenient option for travelers on a budget. Click here to see our guide on the most frequented bus lines in Split! 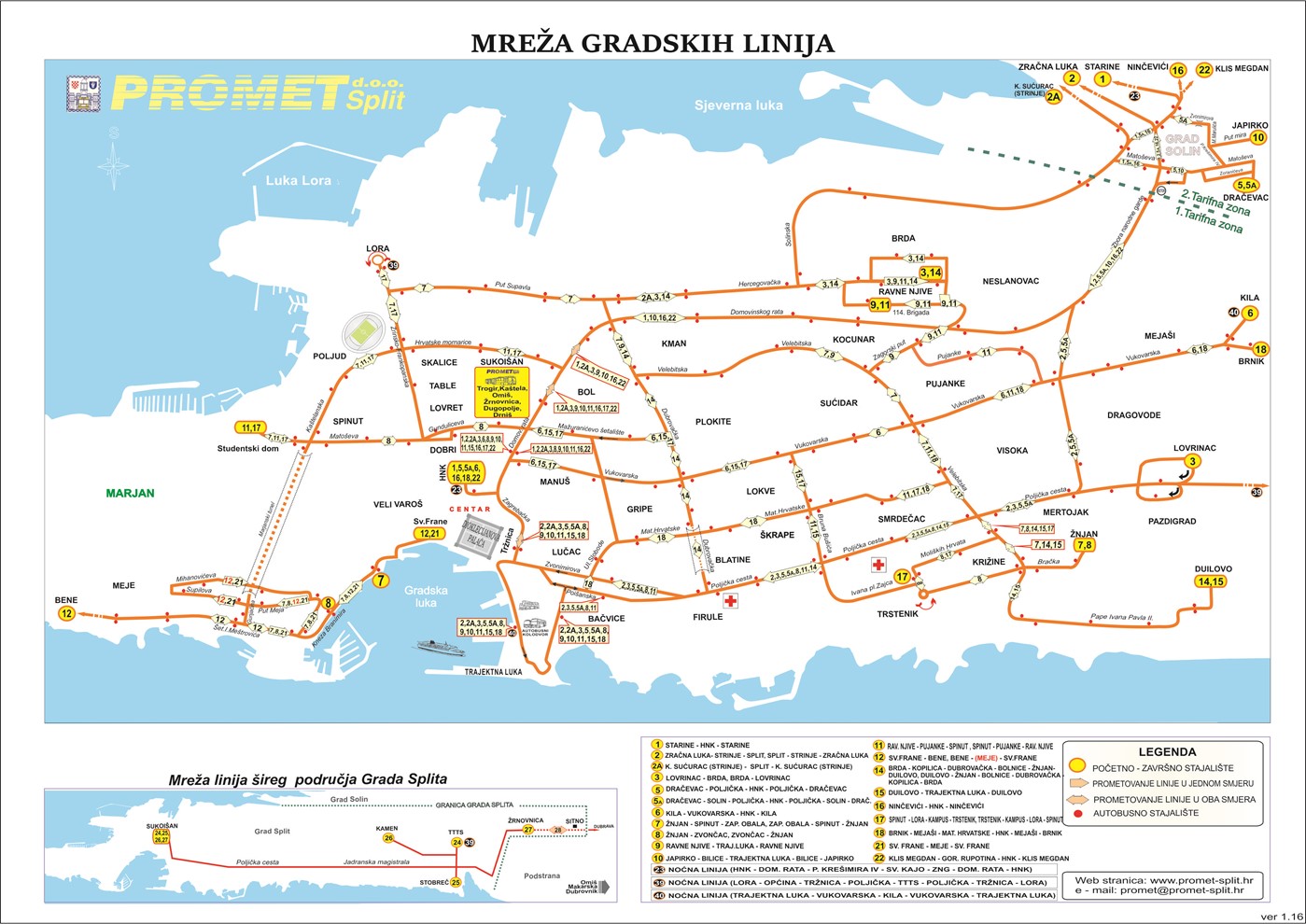 The wider area of Split and its surroundings is divided into four tariff bus zones. The first zone that comes with the cheapest ticket price (9 HRK) covers the larger part of the administrative area of Split proper and will suffice for most travelers staying within the city. The second tarriff zone includes the nearby towns of Solin, Kaštel Sućurac, Klis, Stobreč and Podstrana, the third adds Kaštela and Dugi rat, while the fourth includes the popular day-trip destinations from Split, the towns of Omiš to the east and Trogir to the west. Those looking to venture to the surrounding area, whether to visit the towns of Trogir and Omiš, the medieval fortress of Klis or the long pebbly and sand beaches of Podstrana and Dugi rat should be careful enough to purchase the correct ticket, in order to avoid getting a fine from the usually random on-board ticket control. If in doubt about what ticket to buy, it is usually enough to state your destination to the seller or the driver, who will issue you with the correct ticket.

See our guide on buying bus tickets in Split here. 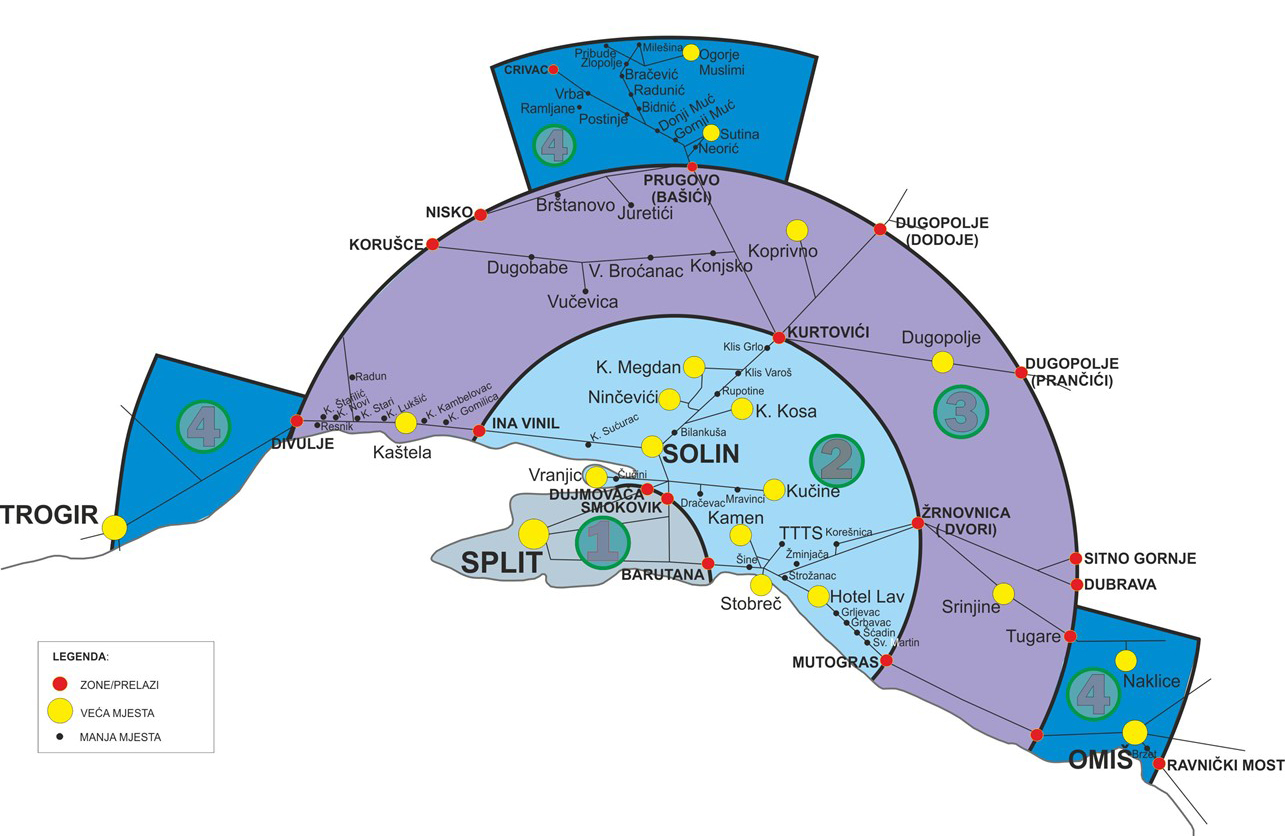 A small park removed from the crowds of the city center.