One of the most beautiful places in these parts of Europe, Plitvička Jezera (Plitvice Lakes) are one of the eight national parks of Croatia and one of the country’s most popular tourist attractions. The Lakes are located in the mountainous karst area of Lika, not far from the border with Bosnia and Herzegovina. The lakes are located near the D1 state road connecting the capital Zagreb with Split and are therefore easily accessible by vehicle traffic.

The Plitvice Lakes are about a 3 hour drive away from Split if taking the state road or 2:30 hours if taking the A1 motorway. Therefore a return trip from Split to Plitvice will take you at least 5 hours, that is without any breaks or stops. You should therefore keep this in mind when making your itinerary in Croatia.

Travelers wanting to visit Plitvice from Split have several options at their disposal, either driving their by car (or rental), or taking a public bus or paying for a private tour/transfer.

Getting to Plitvice Lakes by Car

The drive from Split to Plitvice Lakes is pretty straightforward and it posses no significant setbacks even for beginner drivers. You can choose either to take the tolled A1 motorway which is quicker or to drive on the state road.

The A1 motorway section of the drive from Dugopolje to Gornja Ploča costs around 84 HRK in one direction, after which you will need another 50 kilometre drive on the state road to reach the National Park.

The drive on the local road is a bit slower, though it is straightforward enough if you take a few minutes to prepare the itinerary before starting the drive. The shortest route would be to drive over Solin towards Muć and then to follow the same road until Knin, where you will switch over to D1 that goes directly over Plitvice. This path is about 40 km shorter than the motorway one and much more scenic as the road passes through many rural villages in the Dalmatian hinterland while the motorway mainly passes through wastelands. 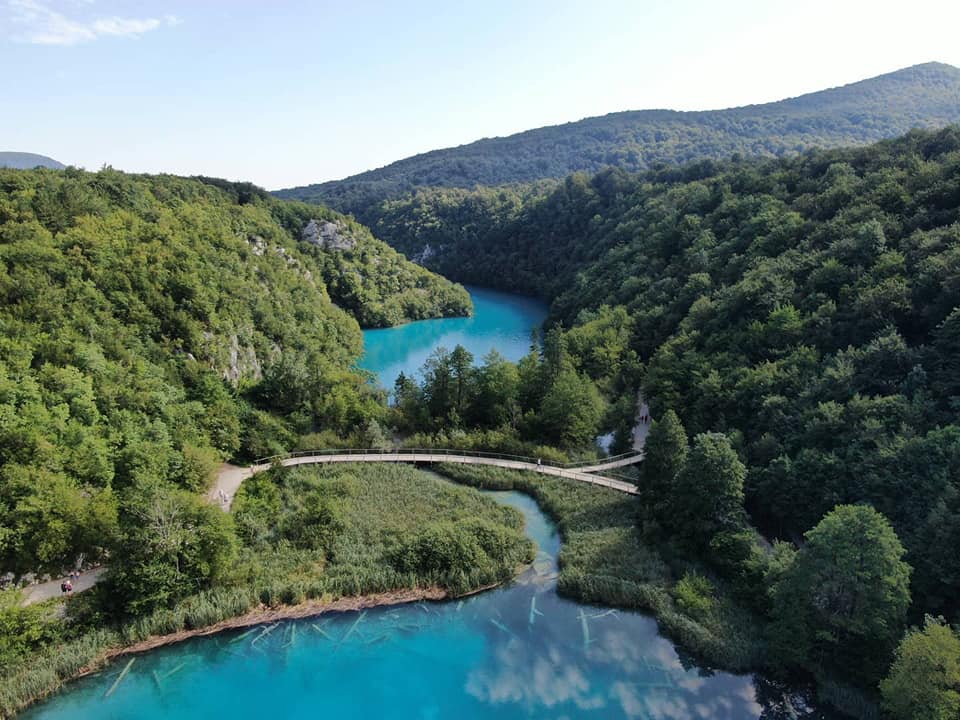 Getting to Plitvice Lakes by Bus

There are buses that drive to Plitvice Lakes through much of the year. Though you will be hard pressed to find a bus in the winter months, during the summer season you will have a number of available options throughout the day. The drive with the bus is straightforward enough, you board the bus in the Main Bus Station of Split and it takes you to the entrance of Plitvice National Park. However, the trip lengths of buses between Split and Plitvice can vary significantly, so you need to make sure you are purchasing the ticket to one of the quicker direct buses that take 3,5 to 4 hours; rather than buying the ticket for the excruciating 5,5 hour journey.

You can buy the bus ticket at one of the booths at Main Bus Station or by checking out the available online options on GetByBus.

Getting to Plitvice Lakes with a Private Tour/Transfer

During the summer season, you can also visit Plitvice with one of Split’s travel agencies, almost all of which regularly sell guided tours or transfers to Plitvice. When purchasing a trip from one of the travel agencies, make sure to carefully read what you are signing up for. It is not customary for the price of Plitvice Lakes admission ticket to be included in the price of the transfer, so you need to be aware that you are going to have to pay for the ticket separately, unless explicitly agreed otherwise.