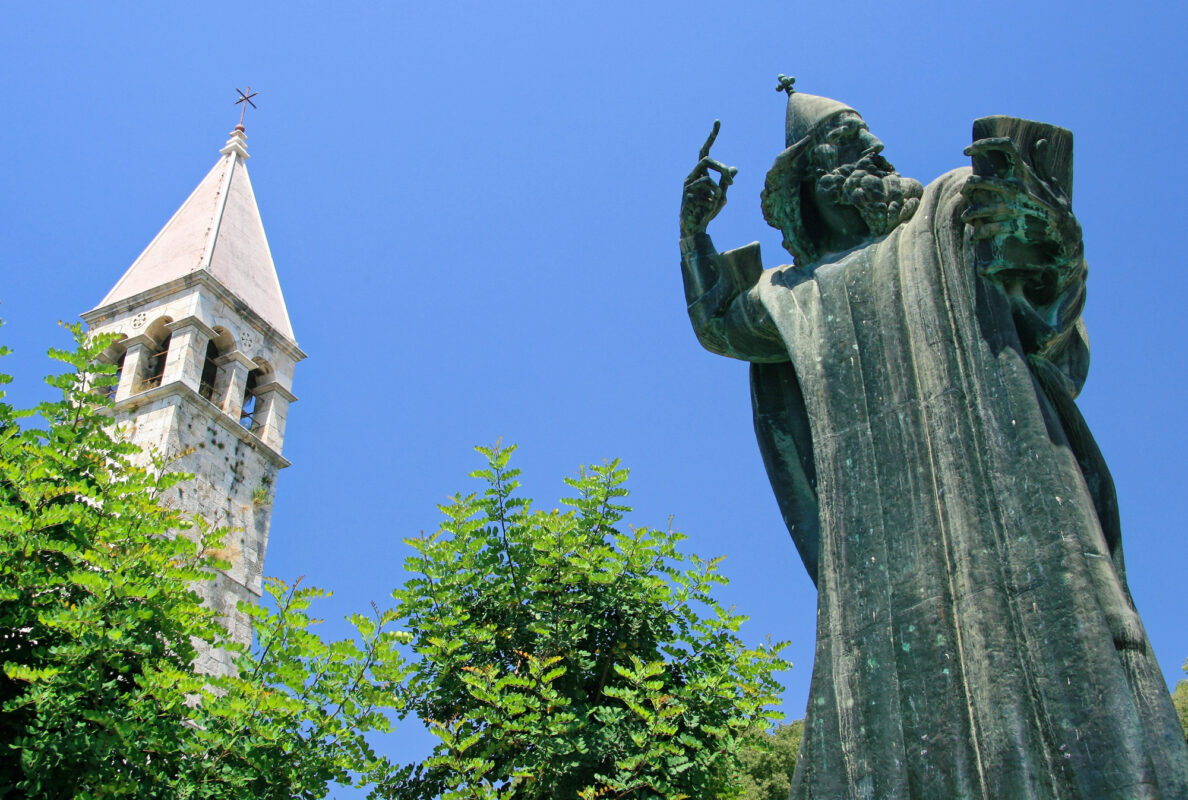 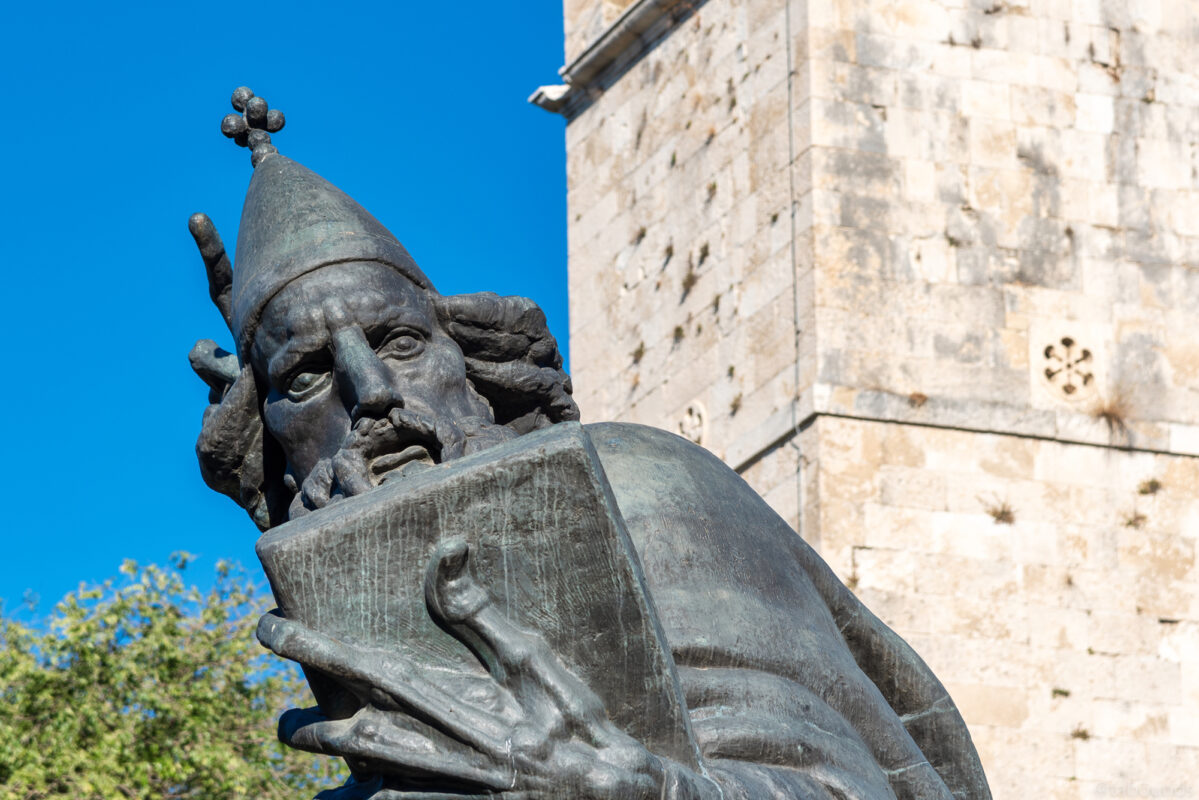 Gregory of Nin was an obscure early medieval bishop of Nin who is mostly known for his dispute with the archbishop John of Split over the metropolitan rights over Dalmatia and Croatia. Having lost the dispute and the appeal in successive ecclesiastical councils before a papal legate in 925 and 928, Gregory was stripped from his bishopric and forced to accept the lesser see of Skradin and to acknowledge the superiority of the archbishopric of Split.

In the nineteenth century, Gregory’s story had been utilized and by the romantic nationalist historiography that have re-imagined the ancient bishop as a proto-fighter for the Croatian language in opposition to the Latin-dominant tenth century Split. It was this narrative that had inspired Ivan Meštrović to imagine his sculpted version of Gregory of Nin, as an imposing, powerful and a little threatening wise man. But Meštrović’s biggest reference to the historiographical myth was his decision to have the statue installed at the Peristyle Square, right at the center of the ‘Latin Split’ that had once rejected the ‘Croatian Bishop’. The statue stood in the Peristyle between 1929 and 1941 when it was temporarily disassembled following the Italian occupation in World War II.

After the War, in 1954, the statue was put up in its present location, just north of the Palace and its Golden Gates, symbolically once again thrown out of the ancient town that he once opposed.

Today, the 8.5 metre (28 feet) tall statue is a busy tourist site, though many unassuming travellers jokingly refer to it as a ‘Wizard’ or ‘Gandalf’. In the local lore, rubbing Gregory’s toe after making a wish is said to make that wish come true. The toe has been worn smooth and shiny as a result. 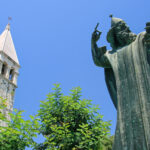 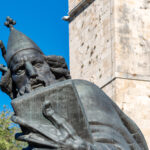