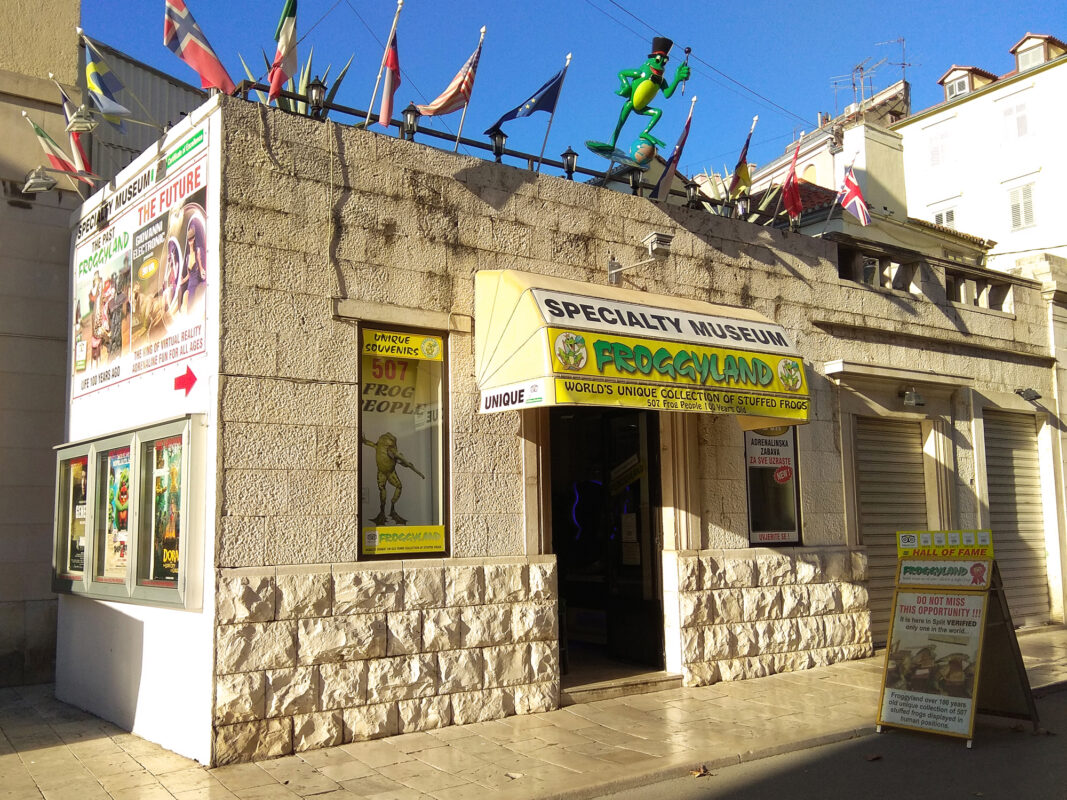 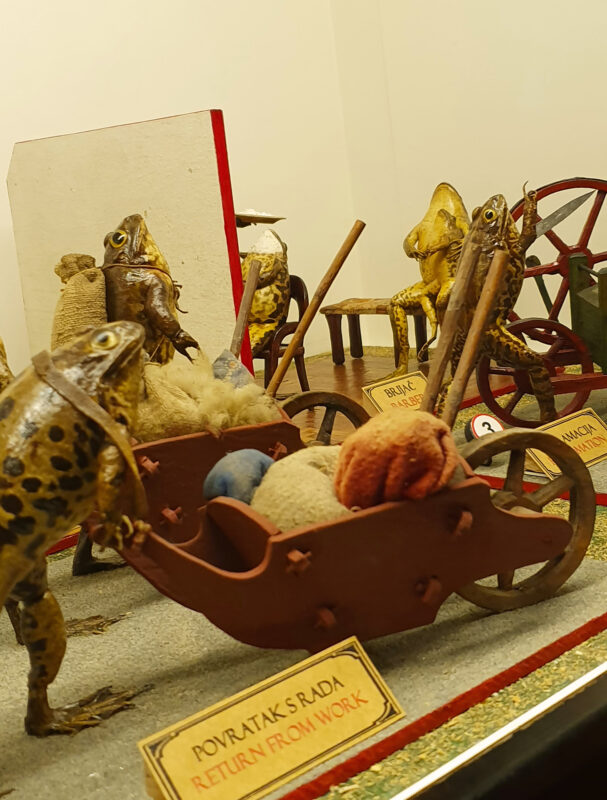 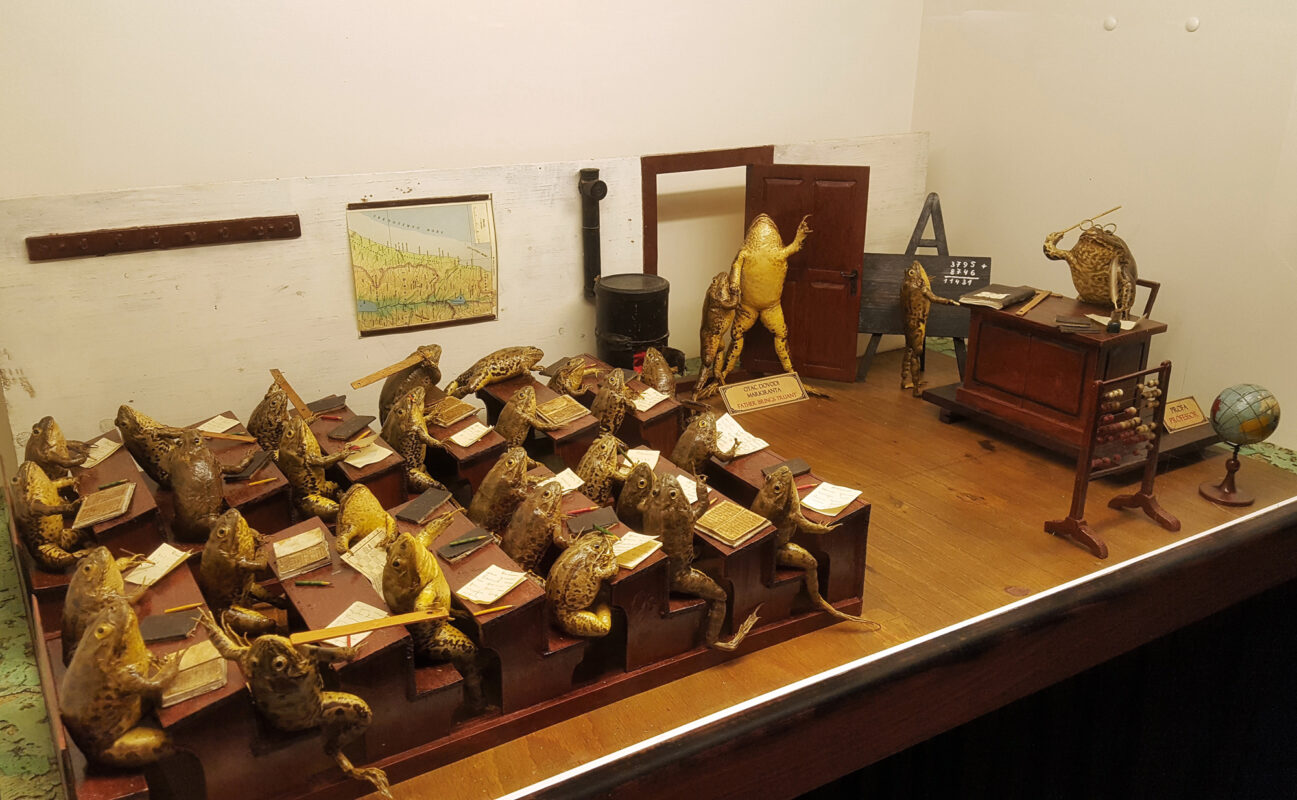 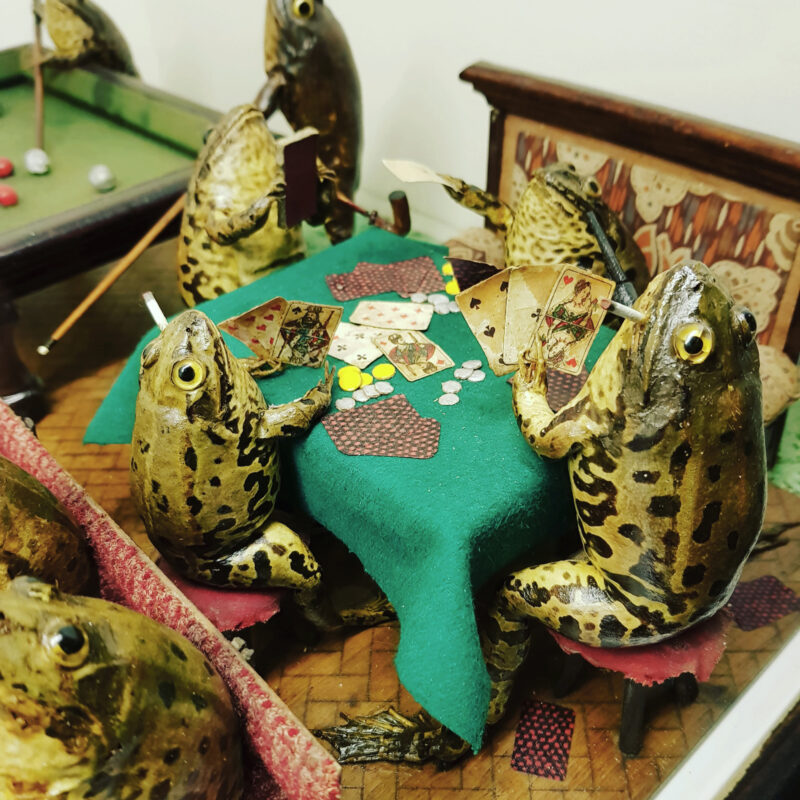 One the most bizzare exhibition in the entire country, Froggyland is the world’s largest collection of stuffed frogs numbering a staggering 507 individual frogs arranged into 21 scenes. It is a brainchild of a Hungarian eccentric, Ferenc Mere, who had painstakingly and masterfully taxidermied the animals in a way that the incisions remain invisible on the outside.

Created more than a hundred years ago, between 1910 and 1920, the frog-world of Ferenc Mere reflects not only his interest in taxidermy as a science, but the everyday life of humans of his time which he has captured in miniature. Mere’s frogs are thus found working in a blacksmith shop, attending school or playing a game of cards.

At a time when taxidermy has lost much of its allure as a hobby, the Froggyland collection is very much a time capsule in itself, offering a bizarre look into the world of Mere’s anthropomorphic amphibians living the life of humans at the turn of the twentieth century. 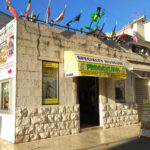 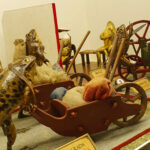 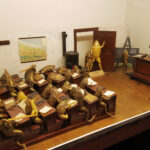 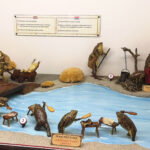 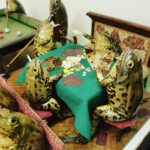