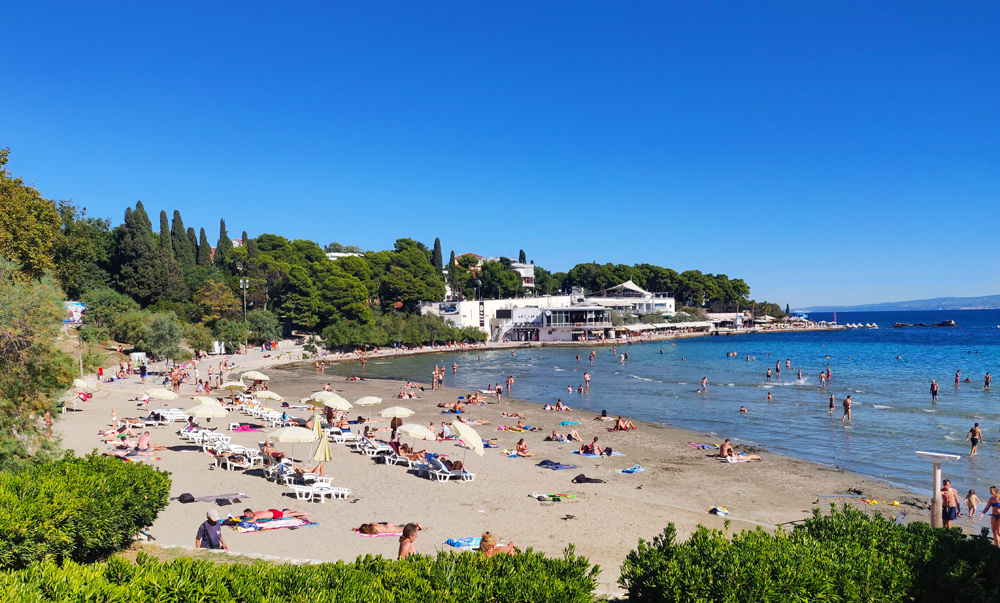 Bačvice Beach is one of the most popular beaches in Split. Located just around the corner from the Ferry Port it is the closest beach to the Old Town, making it a number one choice for all travelers staying in and around the area. It is particularly famous for its sandy shore and shallow water, an otherwise unusual sight in the region, that draws crowds of swimmers and sunbathers alike. The beach is locally most known as the birth place of the famous local game of ‘picigin’, an invention of a group of Split students returning from their studies at Prague back in 1908, who, by trying to recreate the game of water polo, have inadvertently created the new game, which became known as picigin. It is a non-competitive game, where all players work together, trying to keep the ball, usually crafted out of peeled tennis ball, in the air by resorting to quick slaps set to propel the ball up into the air. 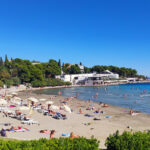 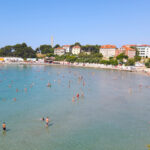