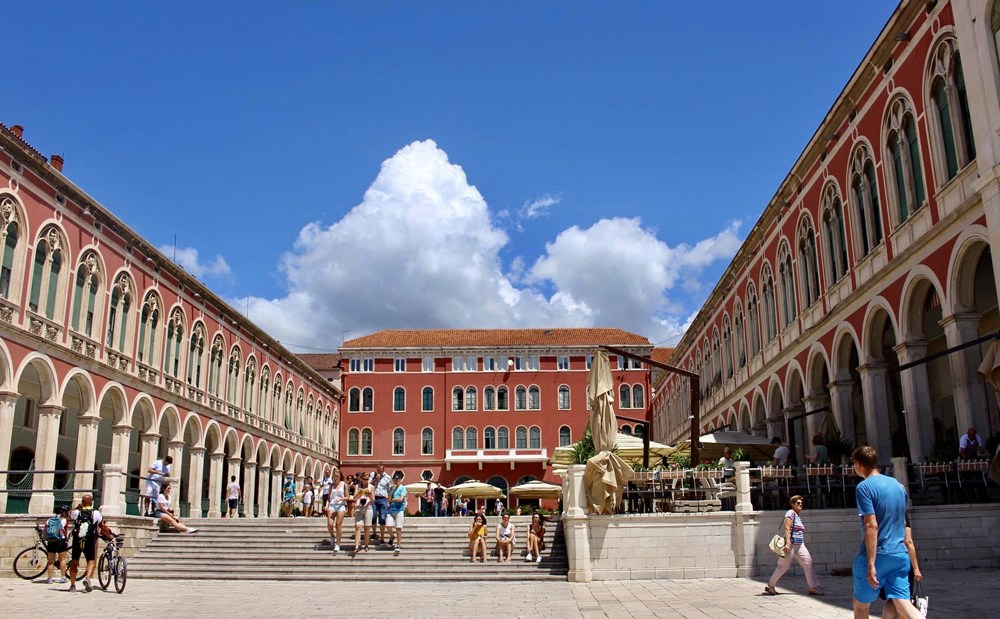 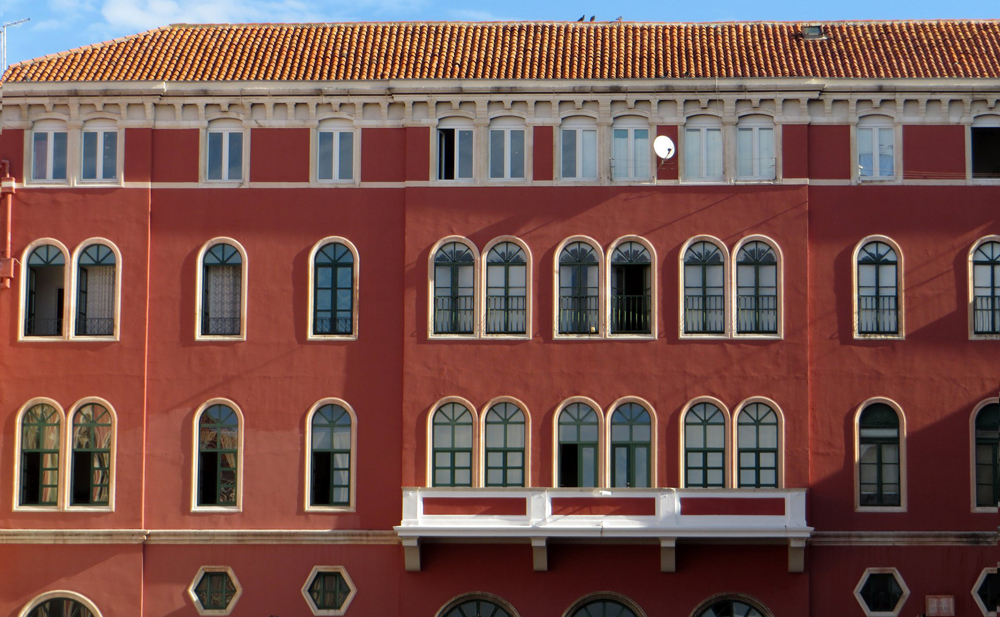 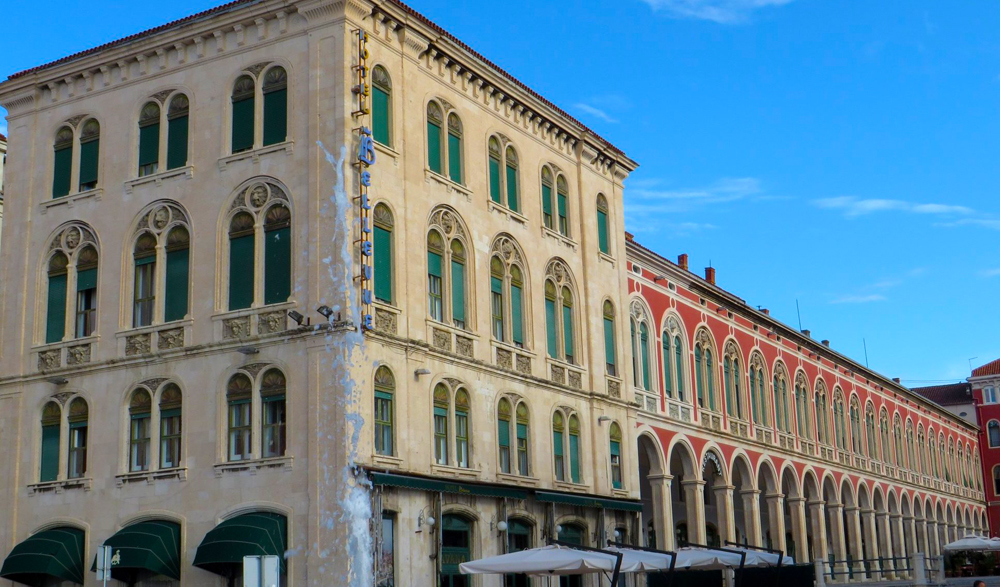 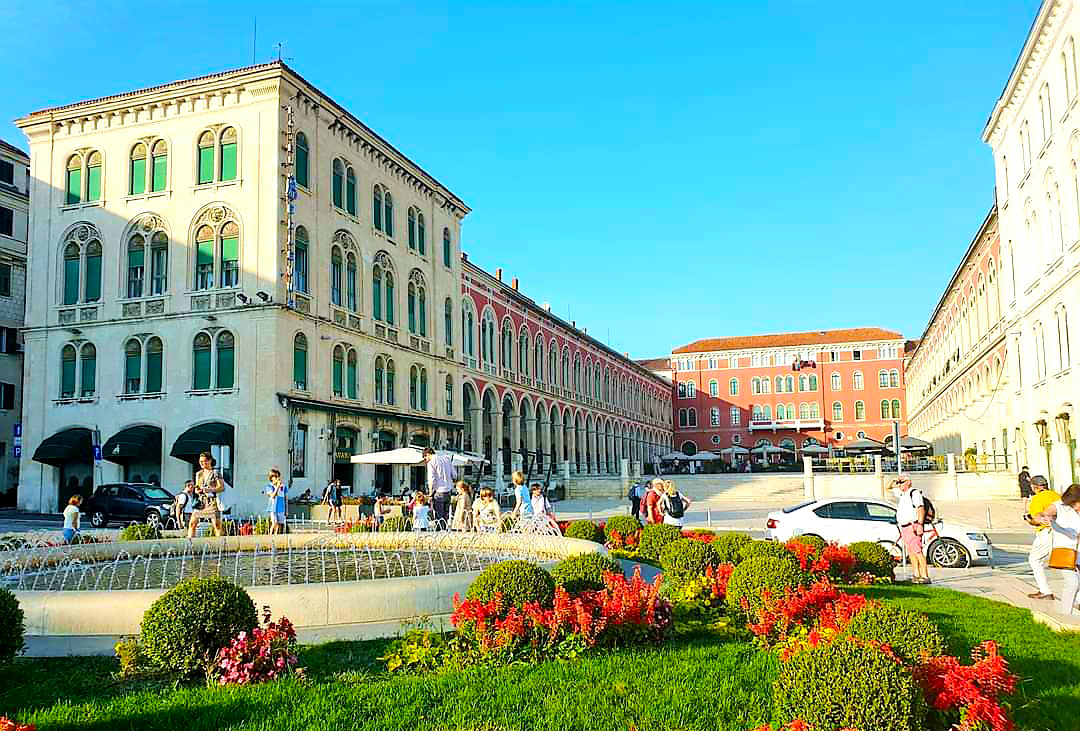 Prokurative Square, officially known as Republic Square, is the fabled Neo-Renaissance square at the western edge of the Old Town. Its elaborate, tripartite plan emulates the Procuratie encircling the world-famous St Mark’s Square of Venice.

The square was a brainchild of Antonio Bajamonti (1822-1891), the controversial mayor of Split acting during the second half of the nineteenth century who sought to fill the urbanistic hole left after the dismantling of Split’s Baroque fortification system during the brief, but turbulent French rule at the time of Napoleonic Wars. Bajamonti over sought the construction of the central building in 1859, which functioned as a public theater until a fire destroyed it in 1882. The western wing of the complex was built in the mid 1860s, while the eastern segment was only added in 1911 and 1928.

Today the square houses several bars and restaurants, while in the summer months it becomes the backstage for the annual Split Festival and an occasional music show. 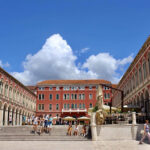 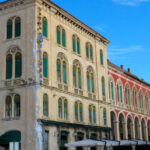 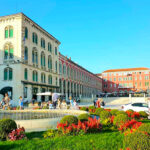